Hopefully, by now you are all familiar with this abbreviation, BLM, short for Black Lives Matter. This is the story of how BLM got me off my rear.

Getting me off my rear is no minor feat. I, like most Americans, am a seasoned and expert armchair intellectual – good at talking about the problem of race in America, poor at doing anything to resolve the problem, waiting for someone else to take care of it. Yet, today I write to share my gratitude to BLM for employing tactics and proposing solutions so contrary to my way of thinking that they ignited a rage and fear within me that made it impossible for me to simply be a passive observer.

While the George Floyd murder was a grotesque and tragic display of police brutality, it appeared as if BLM saw that this tragedy had created a unique opportunity to put the topic of racism, systemic racism, and racial discrimination at the top of the American social agenda. For a few weeks they really had a captive audience, and that gave me hope that unprecedented progress was about to be made. I was convinced that they would provide a road map that would lead us to a better place. However, as time progressed, and the protests got bigger and more violent, I realized that there would be no roadmap from BLM; just demands to defund the police, topple statues, and reinvent how we thought about policing and public safety. Man was I disappointed, although not surprised.

Taking A Page Right Out of The Art of the Deal

President Donald Trump will say whatever he feels is necessary to get the upper hand in a negotiation or a campaign. Heck, he’ll even lie. Some of what he says is so outrageous that it instantly creates lifetime enemies. This is part of his negotiation strategy, “keep them guessing, say crazy things, and make what you say so crazy that your opponent will agree to terms he never would have accepted other than as the lesser of two evils.” At some point, after I studied BLM, I realized that they had used Trump’s “say crazy, imbalance your opponent, and get the upper hand” tactic on America.

You see, BLM had already tried to put the traditional kinds of pressure on the government and police to reform how they did their jobs. They had already tried to use traditional methods in the past to start a movement of engaged citizens that would hold bad cops and politicians accountable. In both cases they could not make the desired changes come to fruition. The marchers went home, and the bad apples of law enforcement continued to flourish with impunity.

They probably thought to themselves, “Never mind civility. The authorities don’t respect it, and Americans were too comfortable sharing pictures of food and posting fail videos to do something about their deteriorating democracy.

They most likely realized, especially after Trump’s election victory proved that speaking about policy in extreme terms can lead to victory, that they could play the same game, just as well. And so they went for it. They became practitioners of Trumpism, except Trump uses populism and BLM uses identity politics as the contexts to get people into their feelings. Ultimately, the concept didn’t matter, both used their contexts as weapons, both intimidate with the threat of might makes right, and those of us that could not find enough commonality with either camp had to choose #noneoftheabove.

They just knew that the need for conversations about social justice and racial equity in America needed to continue, until more Americans partook in these discussions and better solutions to their associated problems were devised.

BLM’s refusal to offer clear direction to the masses marching on the street on their behalf made me angry. Their refusal to offer solutions that made sense made me so angry, and the risks they took to offer extreme solutions with a lot of appeal made me so scared for the future of this country, that BLM got me off my rear.

Their logic was so alien to me that I became committed to studying the problems of race and poverty in this country with more depth than I ever had. In the spirit of not letting the fewest but loudest voices define what democracy would look like moving forward, not only did I study the problem, I worked even harder to find and devise solutions worth proposing.

But wait, isn’t that what citizens in a true democracy are supposed to do in the first place? Isn’t that what they taught us we should do as adults, when we were in social studies class since elementary school. Didn’t our teachers explain to us that for democracy to fulfill its promise, its citizens needed to be informed and active participants in the election and oversight of our legislators and President? So basically BLM got me off my rear translates to BLM got me to do what none of my past history/social studies teachers nor prior social upheavals could inspire me to do – behave like good citizens are supposed to.

The Rewards From Taking Action

I am happy to report that, in the spirit and process of finding alternative solutions to BLM’s proposals I discovered that some extraordinary work is being done across the nation, that in many ways resembles the work I have been trying to do through my own nonprofit (See The Plan). These projects address a broad range of pertinent issues: from education to criminal justice to economic development, and they are literally great projects, lead by great people, making great impact, and receiving little to no press.

In this article I will share just one example of the many discoveries I made once BLM got me off my rear.

The YouTube video below opened my eyes to an entirely new point of intervention and opportunity to end the expensive and vicious cycle of incarceration that costs $80,000,000,000 per year and is home to 2,300,000 Americans. This is a penal system where the unjustifiable over-representation of Black and Brown males from low income communities make the system itself a criminal and immoral enterprise.

When we think of criminal justice reform, we have demanded change from the:

Well, according to Adam Foss, a prosecutor with the Suffolk County District, the individual who has had the most power and greatest influence over the fate of citizens who have broken the law is the prosecutor. And yet rarely has the reformer community or the prosecutors themselves scrutinized the way they wield that influence.

The synergy will slap you in the face, and you won’t recognize it, if you’re still ranting about the problem.

Did you like Adam Foss’s proposal? I did. The amount of work involved in monitoring tens of thousands of folks on parole or with misdemeanors, or monitoring thousands of cops and parole officers, is far more costly and overwhelming than monitoring the hundreds of gatekeeper/bottleneck team of prosecutors through which everyone else has to pass, and who are ultimately the only ones accountable to the power of the vote. So why not give prosecutor accountability a try.

But where to start? How to organize those concerned over criminal justice reform so that voting day doesn’t escape the friends we intend to drag to the voting poll (for those who want to remain in the 20th century)? What else than to set traps in the watering hole where even the most disciplined members of society are compelled to go to by human nature itself? The smartphone.

Even the poorest person I know living in the US of A has a smartphone in his/her possession. Service may be cut off from time to time, and the number may change often, but these folks will sacrifice the family’s milk supply for a week or two, just to be able to see what restaurant Kim Kardashian had for dinner at in these last two weekends. You can bet your life savings on it. So bet on it.

What else do we know about smartphones? If there’s an issue based community building need for some subsector of society, someone has already built the app to enable this communion. So is the case for this the community of activists in need of a tool to get his/her sphere of influence to go out and vote. Say hello to the Stanza app.

Remember when black lives seemed to matter to everyone, probably for about three weeks. Stanza got on the bandwagon also, and asked for volunteers to sign up and get ready for their call to action. That call was to get out the vote to ensure we put people in legislative roles that would hold the police accountable, and carry the torch the people wanted.

The Election Calendar feature is what they are giving society. I have no complaints. Download the app, tell it what state you live in, and it will automatically add to your calendar of preference a reminder for when the next round of elections, national, state, or local will be.

Now there can be anymore excuses to not be there for your cause, when it most matters.

I Owe A Debt Of Gratitude To Black Lives Matter

Had it not been for the Trumpisms of Black Lives Matter, I never would have been shocked and awed into seeking my own answers, and discovered people and projects that have already proven and will continue to prove that there is a better way to attack poverty and oppression. While I have little love for BLM or TRUMP, I have no hate for the either. Both have gotten me off my rear, and forced my hand at being an engaged citizen. For that I thank them both. They say that victory teaches you nothing new, and that it is defeat that brings life’s hard lessons. So is the case with people. The people who don’t challenge your world perspective say what you want to hear, and will let you lay back and relax and get fatter. It is the adversary that sets off the alarm in your nervous system and forces to you get your guard back up before it’s too late. Without adversaries we’d be a pile of sloths. Thank goodness for the existence of the Yings to my Yangs.

There is no wrong or right, just active and inactive. Be active. Give a damn, and take action. 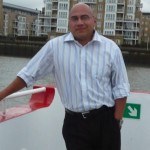 How to Fix Our Public Schools

How to fix our public schools for free